Trump should not Hurt Patients

In his recent speech, President Trump stated he wants to "implement legal reforms to protect patients and doctors from unnecessary costs that drive up the price of insurance.” These are classic code-words for taking away the rights of patients through "tort reform" of  the patient protection legal system. Where have we seen this before? Well, Texas for one. Back in 2003, the Texas Legislature used those same words in support of a package of bills that were signed into law and took the most important of rights patients have away from them: the right to seek justice in court when they are injured through medical malpractice.

The Texas example is particularly pertinent to this discussion because tort reform in Texas has allowed doctors to literally rape, maim and kill patients with impunity.  Recently, a Texas doctor was sentenced to life in prison for maiming and killing patients through sheer recklessness and incompetence. We have blogged about this many times as the case progresses. [see for example the links available by clicking here. ]

While Texas law allowed this reckless physician to be sent to prison for life it does not allow the victims of his actions to get full - or even reasonable - redress in the courts. In fact, the hospital [Baylor Health System] enabled this physician in expectation of the millions in cash it would receive from his keeping the operating rooms booked a few times a week for the coming years. When red flags and alarm bells went off, it ignored them. Baylor even fired the nurse who reported a patient's claim that the doctor had used cocaine and heroin the night before one of the surgeries. [Yeah, that actually happened. Go back and read that last sentence again.]

Here is the board that the prosecutor used to show the jury a few of the people this doctor killed or maimed while the patients have no meaningful legal recourse:

And there were more.

But, early on in this string of carnage, the hospital wrote the doctor a letter of recommendation. Here it is: 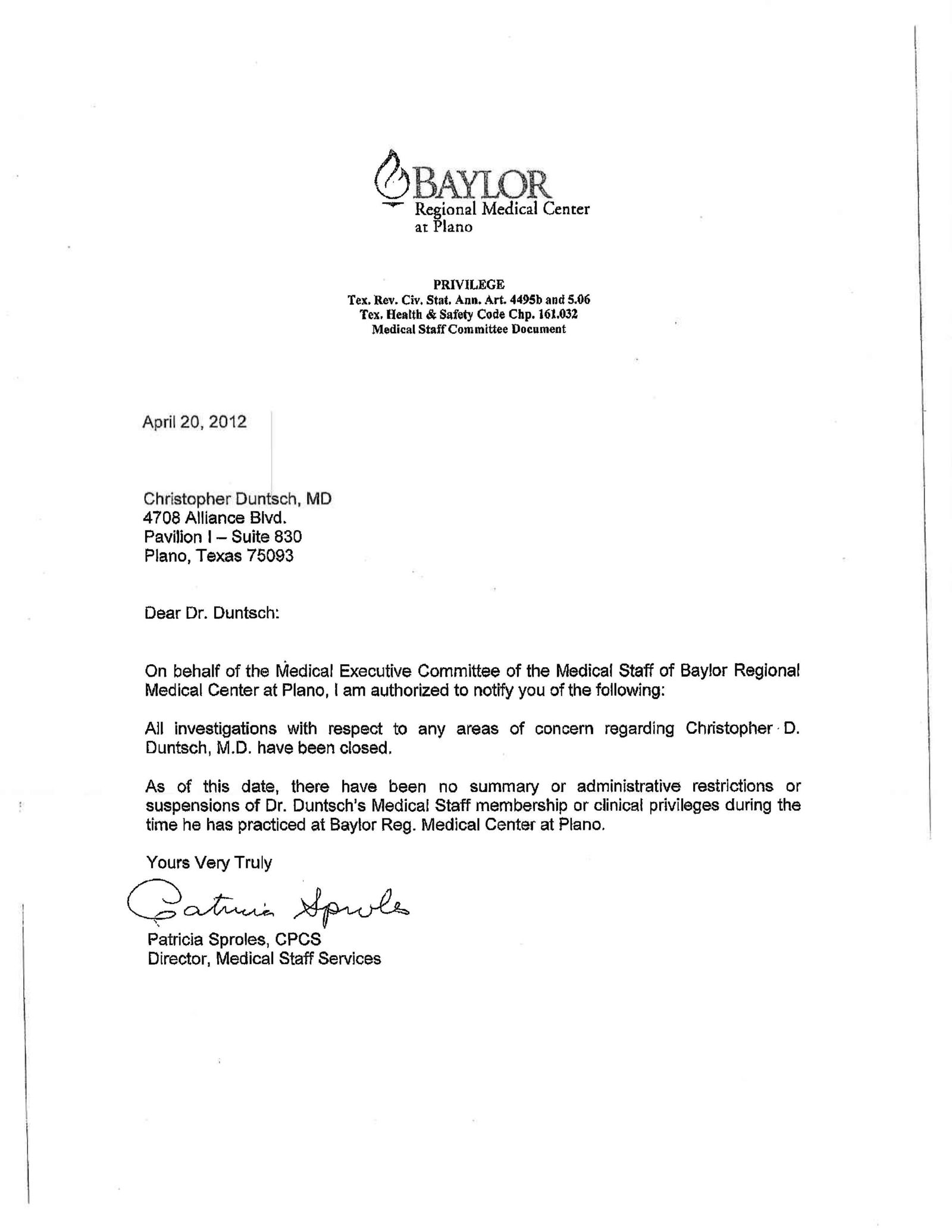 Why did it write a letter like this after it knew what was happening? Because Duntsch hired a lawyer and the hospital feared more liabilty exposure from the doctor than it did from maimed and dead patients. Thank you tort reform.

If you think this case is some kind of anomaly then please know that studies show approximately 15% of physicians suffer from substance abuse disorder at some point in their careers. There are more Duntschs out there. They are perhaps not nearly as bad as this guy. But there are more who are just not quite so bad as to kill and maim so many in such a short time.

So, when President Trump and the US Congress say they want to "implement legal reforms to protect patients and doctors from unnecessary costs that drive up the price of insurance" this is the world they want to bring to the rest of America.

There is a bill in the US House that does exactly this. It is called HR 1215.  If you think it is a bad idea please call your US Congressman and US Senator right now and tell them "no way."


There are no comments.

To reply to this message, enter your reply in the box labeled "Message", hit "Post Message."